Iseul Kim, composer and pianist, and bandleader reveals her traveling experiences and arts through music that has no limits. It is not bound to one genre but intertwines a variety of beautiful music genres. As an artist, she expresses herself in color, not division.

Having traveled the world and experienced numerous cultures, Iseul Kim has been influenced by different musical styles her entire adult life. Thus, she eventually came up with the bands ‘Liberosis’,'Iseul Kim Trio' and the ensemble ‘Two Voices’ producing in a unique style of music influenced by her experiences with various cultures which have led her to release three albums and have played at various music festivals in Korea such as Jarasum Jazz Festival, Ulsan Jazz Festival, and Gwangju World Music Festival.

Also, she has toured in Japan and was also invited to play in Costa Rica and Colombia as a part of project KoCoCo sponsored by the Ministry of Foreign Affairs Republic of Korea.

The first album of Liberosis was composed after her trip to Argentina and two pieces of music 'Rutini' and 'Luigi Bosca' were named after her favorite Argentine wine.She continuously created another album for Liberosis called 'Luna' after traveling to Africa and Europe.The Sahara was inspired by the famous desert the Sahara in Africa.

Her first jazz trio album 'True me' was released in 2021 in the middle of Covid 19 featuring a bandoneon player and guitar player. ‘It doesn’t have to be perfect to be beautiful.’ - This is the message of the album True Me, which carries her life story and adventures. A spectrum of songs – written over a span of 10 years – is performed by the trio to convey an array of emotions and colors. The title “True Me” embodies the idea that one can be imperfect but still beautiful.

She also has been profoundly working with Korean traditional musicians and has won grants from Seoul Foundation for Arts and Culture and formed an ensemble called 'Two Voices' which involves both Korean instruments and Western instruments. 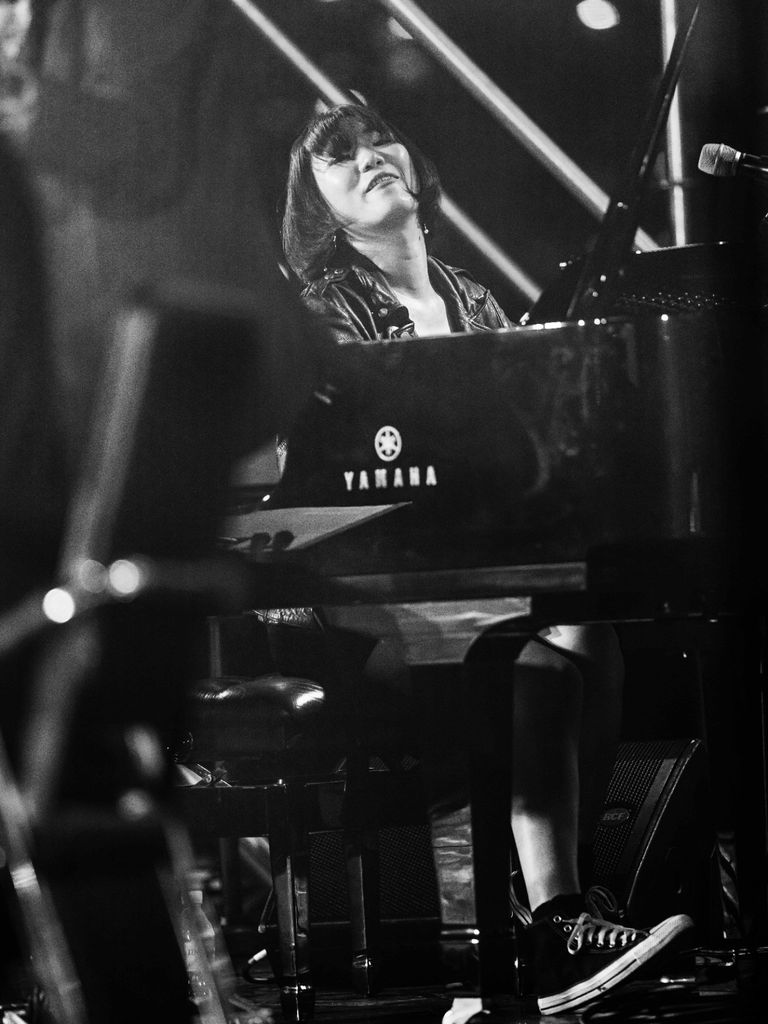